As already was in sight in the advance informations in July, September has symbolized the beginning of the “hot Autumn” for the Absolute brand.

The spectacular presence at the Cannes Yachting Festival, the enlargement of the Absolute sales network that has welcomed  four new dealers and the challenging surprise founded attending the 54th edition of the Genoa Boat Show, has confirmed to the shipyard from Piacenza the whopping  prospects for the just started nautical season.

Absolute at the Cannes Yachting Festival

The 37th edition of the Cannes Yachting Festival represented for Absolute such an important occasion to show, to the Italian luxury yachts lovers and to the experts of this sector, the quality and the wide range of its yachts that it has deserved to be nominated, with its 64 FLY, in two categories of the prestigious World Yachts Trophy – organized by the  LuxMedia publishing group. This annual award honours the excellence of the best shipyards in the world and this year Absolute gained a spot among the “Best Interior Design”  and “Most Achieved” nominees.

In addition to the two nominations received, ten motoryachts – which were displayed along a  dedicated pier – and a wide booth – that has accommodated on the 10th of September a crowded international press conference – have accompanied the debut of its two great novelties for the 2015 summer: the Navetta 58 and the Absolute 60 Fly.

The prestigious event has also given the chance to reward those, among the Absolute dealers, who were able to promote, in the most active way,  the brand in their territories. The official award ceremony was held in the afternoon of the second day of the boat show at the end of the meeting with the media. This last has assigned, in a purely alphabetical order, the 2014 TOP Dealer award to the following Absolute ambassadors:cop

A solid team, is characterized by the sharing of common values. Experience, expertise, passion, enthusiasm, careful attention to the details and to the customer service are the distinguishing characteristics of the Absolute dealer network.

It is with these reasons that in September, CNS Sardegna, Ligur Nautica, Prime Yachts SAS (Colombia), Winnico Yachts (Poland) have become, rightfully, members of the Absolute team.

We wish them that this new venture will be long and fruitful, going always  fair wind and on the crest of a wave!

Genoa Boat show: an Italian red carpet for the Navetta 58!

After having seen the Absolute Team, its novelty and its yachts, a few steps away from the Croisette in Cannes, under the sparkling international spotlights of the Yachting Festival, no one was expecting another chance to show up on a successful stage and, moreover, nearer than the ones already taken into consideration.

Strongly wanted and supported by the Absolute dealers, Genoa with its 54th edition of its International Boat Show, has proved to be, with its 109.000 visitors, a pleasant surprise.

This Absolute yacht, presented at a national level during this boat show, was very successful, attracting the curiosity of a great number of visitors and media overall for its Italian design. This attention has lead this Absolute yacht to be nominated:

in the category “Motor Yachts” for the Boat of the Year award , organized by the magazine Vela e Motore in collaboration with Ucina

It is expected an awesome season for our tenacious team and network, hoping that the super hot autumn that we are experiencing will bring a pleasant winter followed by a blooming spring and summer! 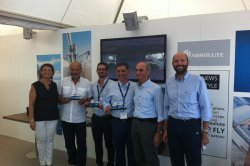 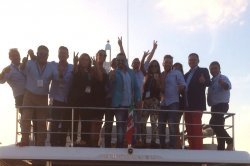 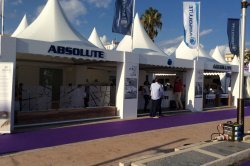