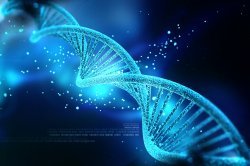 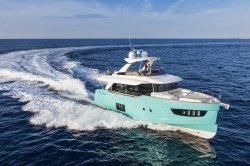 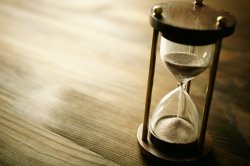 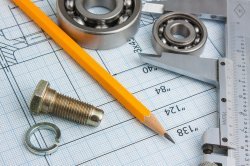 Genesis of the boat

What makes the ISS method unique and innovative is the integration among different activities, which were originally born as disjointed, and these are:

Thanks to ISS, all the teams involved in these four key technical activities can have exchanges and cooperate in a shared context, which is efficient and versatile. Simply put, while the boat’s idea moves from her designers’ creativity and fantasy to the concrete solidity of the manufacturing, all the characteristic, functional and constitutive elements are simultaneously conceived. Nothing is left to improvisation, and everything finds its own ideal collocation.

This is true not only for the Absolute internal staff, but also for external collaborations: component suppliers, who create structures and details without visiting the boat, are extremely well supported thanks to the ISS context. They communicate with the Absolute study centre just like the laboratory within the shipyard does. The outcome is a perfect union of theory and practice, of specifics developed “in the abstract” and the usage of what was produced elsewhere and then brought into Absolute in order to fit into the real thing!

Thanks to the ISS method, the 1st serial number of each new model is not a prototype, not even an experiment to be understood and improved; instead, it properly responds to ideas, features and wishes sketched by Absolute designers’ pencils.

It’s not a cakewalk!

When we admire a skilled artist who finely carves a detail of his own creations, when we appreciate an athlete who performs a spectacular sportive act, when we marvel for a breathtaking drama played by an actor on stage, what mostly fascinates and astonishes is the feeling of ease, naturalness and spontaneity which seems permeating the protagonist of this gesture. It looks like a cakewalk! … But of course it’s not like that: to reach the top, mastery’s high mountains need to be climbed, by practicing, spying on and imitating the teachers, going through the harsh experience of mistakes and clunky attempts. Only after a long apprenticeship it’s possible to grow in the apparent simplicity typical of who’s ready for new challenges.

And this is the same for the ISS system! On board any Absolute yacht we can notice the wide spaciousness of all the rooms and their brightness: it’s hard to believe that such glass openings and those decors can be found within a boat, since their linearity and genuineness closely remind of houses built on dry land. By analyzing the recesses of inspection for the below deck maintenance, the engine room, the technical lockers, we can appreciate the remarkable accessibility and practicality: every owner will be able to easily keep the boat under control thanks to few daily actions, and he will gain the proper knowledge about the usage of the nautical mean. This also helps everybody to certify in person the reliability of the Absolute products.

Achieving such result sounds like a cakewalk, but it’s not, and this is why all the attempts at imitating ISS turned out to be unsuccessful. This level of maximization and integration concerning structures, decors, machineries, to optimize volumes and glass surfaces, and to facilitate the access to any setting of the boat, demanded a new and innovative method: starting from a brilliant embryonic idea and continuing with many years of hard work, Sergio Maggi and his coworkers are now in the spotlight, on the stage, being praised for the natural spontaneity that accompanies Absolute boats in their show of unrivaled structural performances.

A boat is forever

The backbone frame of a manufacturing product, whether it’s tiny enough to fit in a pocket or sufficiently big to sail between two continents, is conceived to support and preserve the structural integrity of such object during its whole lifecycle.

It is well-known that disposable products exist, whose life span has already been preset by its designers to last till it’s needed, thus saving a large amount of money. Please be aware that this vision is not limited to the field of small utensils, such as pens or razors, but to much more complex objects.

What to say about a boat that doesn’t allow to structurally reach the engines for extraordinary maintenance, which are unfortunate but necessary when needed? What to think about a boat whose vital organs are structurally impossible to be replaced when these unluckily need to be removed? If a boat requires to have a part of its external planking torn down just to work properly in the engine room, shouldn’t it be considered as disposable? This kind of boats originate from a single concept, i.e. breaking down the production time and costs down to the detriment of finished product longevity.

Every Absolute boat arises with the precise criterion of guaranteeing a perfect maintenance over time: each component added to the boat during production phases can also be easily removed in case of special maintenance, there’s no need for invasive or even destructive actions! This is purely thank to the ISS concept.

An innovative, original and unique idea such as the ISS system, whose maturation has kept busy for years some of the smartest nautical technicians, can’t be illustrated in few words. However, it is possible to get its essential traits through a simple scheme:

> The production of the internal supporting structure is made in the joiner’s workshop, simultaneously with hull and deck moulding which is done in the lamination department.
> The structure is placed within the hull when it’s still in the mold, and it’s bonded to it through stable structural elements.
> Hull and interiors are covered by the deck, which gets bonded to the structures in the same steady way.

When it gets extracted from the mould, the boat is structurally complete, self-consistent, and she is able to resist against any attack from the natural elements, loaded weights, lashes of the waves, thrusts of the winds. What happens in next steps is the setup of decors, on board systems, engines room and aesthetic finishings.

As previously stated, it sounds like a cakewalk, it looks like a simple idea, but it isn’t at all: in fact there’s no other boat as strong and comfortable as Absolute, wherever you may look for!